So you got hold of a time machine and you want be a New York Times war correspondent in 1918? Here are some tips.

1. If the British Prime Minister gives an important speech on the war, don’t worry about analyzing it. Just send in the official report.

2. To be on the safe side, you might also want to quote a British newspaper’s analysis of the speech in its entirety.

3. If you don’t know what’s going on, open with a vague statement.

4. Or just come out and admit that you don’t have a clue.

5. If you manage to talk with someone who’s actually involved in the war but all he does is spout generalities, throw in lots of atmospherics. 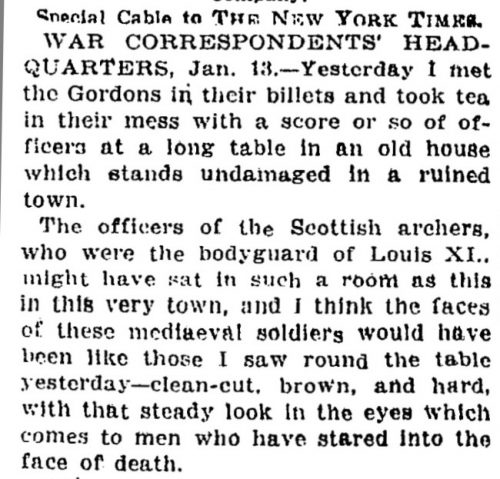 6. Don’t worry about sending in war news. This will be provided by your colleagues, like a reporter covering the unveiling of a plaque at the Biltmore Hotel honoring its employees at the front, who will come across a letter from one of these employees containing actual war news.

7. Human interest is also good! If the German press reports that the mistress of the former German emperor has died, write about that. Don’t worry about getting confirmation. The Times can just run another obituary in 1940, when she actually does die. 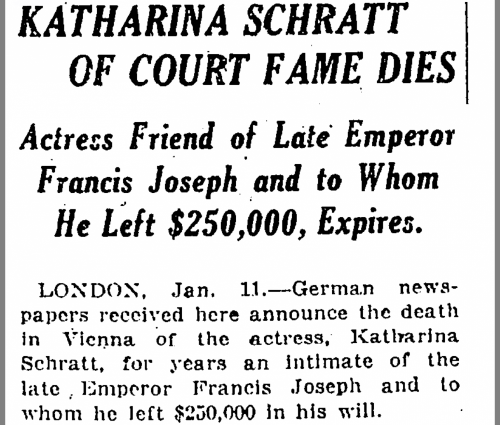 I know that reporters in Europe faced censorship and restrictions on their movements. And the Western Front was quiet in January 1918. Still, I have to believe it was possible to do better than this. I can see now why the public was so eager for soldiers’ personal accounts of life at the front, provided in books and public lectures. I hope that, as the war heats up and American lives are increasingly on the line, the Times will provide the public with better information.