If all you knew about Judaism came from the 1918 mainstream press, you’d think that every Jewish person in the world lived in a colorful village in Europe or worked the soil in Palestine or sewed shirtwaists in the Lower East Side. You might see this picture of the De Pinna family, department store owners, strolling down Fifth Avenue in their spring finery in Harper’s Bazaar, but you wouldn’t necessarily know they were Jewish. Depictions of American Jews outside the tenements were almost nonexistent. 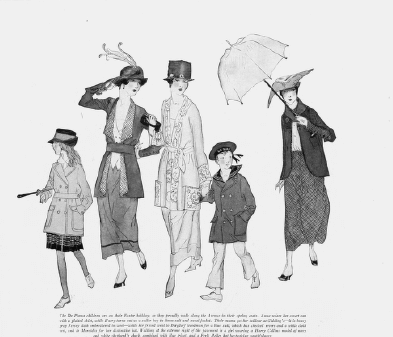 Well, there was “The Little Mixer,” in the January 1918 issue of Good Housekeeping. In this story by Lillian Nicholson Shearon, little Hannah Joseph longs to celebrate Christmas like her Christian friends. Chanukah, in her opinion, is a poor substitute. “Mama, I’m so tired of tales about the children of Israel,” she says. “They never did anything funny.” She listens with envy to her family cook’s reminiscences about about Marse and ole Mis’ going to town and buying Christmas presents for all the slave children.

Hannah’s friend comes to the rescue, donning a long black raincoat and performing an emergency baptism. Hannah writes to Santa informing him of her conversion and instructing, “Bring me any nice things you got left.” Her parents find the letters pinned to the wall next to a stocking she’s hung. Her mother cries, but her father thinks it’s hilarious. “Every child who has heard of Santa Claus deserves to enjoy the myth,” he says. He rushes downtown, and, on Christmas morning,

it seemed that Santa Claus, never having visited Hannah before, had a mind to make up for lost time. An overflowing stocking hung from the mantel; a tree loaded with presents and tinsel stood by her bed; about the room were placed larger gifts, everything a little girl might look for.

Hannah searches for a way to express her thanks, and finally “bowing her little bronze head reverently, she made the sign of the cross—upside down!”

You know what? I have a feeling that Lillian Nicholson Shearon wasn’t Jewish. The author of the article “I Am a Jew” definitely was, though. We know this because the article, which appeared in the North American Review in December 1917, opens with a note that says:

Because of the intimate character of this poignant disclosure, the author prefers to withhold his name. It is, however, known to the Editor of the REVIEW, as is the writer’s authenticity as an American Hebrew. 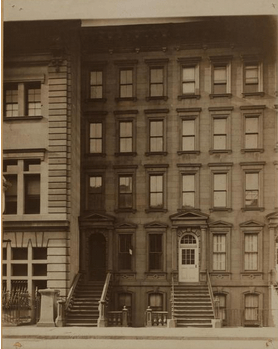 The writer tells us that he was born into “that pallid and genteel limbo, an uptown side-street in New York City; one of those colorless and respectable streets whose denizens are neither rich nor poor, neither good nor bad, neither all Jews nor all Gentiles.”

For the Jews in this neighborhood, being Jewish was

the rock bottom of their lives, never to be blasted away. Yet hardly less fundamental was the conviction that it was well not to insist too strongly on their Jewishness; not to flaunt it before strangers; not to be “too Jewish.”

He was raised outside the Jewish tradition, but he longs to find his God.

For years he drifts through life unhappily.

And then one day I met a Negro, one of the leaders of his race, in whose veins, mingling with the blood of Africa, there flowed some of the best white blood of America, and of France. He looked—but for his golden-brown skin—like those patricians of the seventeenth century whom Van Dyck loved to paint.

This man—who must have been W.E.B. Du Bois—had a great reputation as a scholar and a writer.

Had had chosen to live in France, where he would have been looked upon as an individual, he might have had a respected and a leisured life. But he chose America. He chose persecution. He chose the black blood in his veins, instead of the white.

In the thunderous murk of Allen Street I came to feel at home, and on Houston Street, and where the pushcarts of Bleecker Street form long, motley lines, and on East Broadway, and where the fish and vegetable vendors set up their stands under the East River bridges. The reek of pickled fish and pickles ceased to offend my nostrils. Nor did I turn my eyes from the dirty bedding and the dirty children hanging over rusty fire-escapes which made the hideous fronts of tenements still more hideous. They were my people. They were Jews—undiluted, unAmericanized.

But it was not as simple as that.

I had been taught to despise them. I now learned to admire them.

But I could not become one with them.

They would not accept me.

To them I was a Goy. 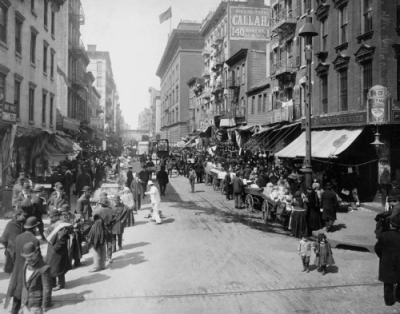 He closes with words from the Song of Solomon.

I opened to my beloved;
But my beloved had withdrawn himself and was gone.
My soul had failed me when he spake
I sought him, but I could not find him;
I called him, but he gave me no answer.

I hope that somehow, somewhere, he found his people.

Happy Passover to all who celebrate!