Over the past year, I’ve traded the horrible news of today for the even more horrible news of 1918, when the world was disease-ravaged and at war, suffragists were greeted with condescending amusement, there was a “Darkies” section in the leading humor magazine, and progressives debated about who should be allowed to breed.

I hate what was happening then, and I hate what’s happening now. But, unlike a lot of my friends, I haven’t fallen into a permanent state of anger and/or depression. It’s a question of temperament, I guess. At heart, I’m a sunny soul.

But then I read an article in the Educational Review called “Sex in Mind and Education,” and I was livid.

I was expecting an entertaining romp through the world of social hygiene, as sex education was known back then.* Instead, I got an article—two, actually, spread over the May and September 1918 issues—about why women are unfit for higher education.

An issue for another day, I thought, since I’ve been trying to focus more on World War I with the centenary of the armistice approaching. But then I remembered the suffragists being asked to put aside their demands because there was a war on. And, skipping back to the present, this West Virginia constitutional referendum I just voted on, which, whatever your views on abortion, is legally meaningless as long as Roe v. Wade is in place and also maybe not the most urgent issue in a state that’s awash in opioids. (UPDATE 11/7/2018: The amendment was approved, 52%-48%.)

German imperial ambition is, I think we can say with confidence, safely in check. The war on women, not so much. So I retrieved “Sex in Mind and Education” from the “later” pile.

The article, written by British psychiatrist Henry Maudsley, turns out to date back to an 1874 issue of the Fortnightly Review. The Educational Review justifies its republication by noting that it was reprinted and given wide circulation in Mr. C.W. Bardeen’s Series of School Room Classics. Which happened in 1884, so I’m not sure why it was considered timely in 1918. Maybe because Maudsley had just died? Maybe to keep women in their place with suffrage on the rise? Maybe because the journal’s editor was Columbia University’s horrible, reactionary president Nicholas Butler? Maybe all of these things? Who knows? 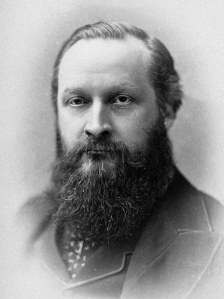 Of course, there’s more to his argument than that. He has a LOT of reasons why women shouldn’t go to college with men. But, for someone so esteemed that Britain’s largest mental health training institution bears his name to this day**, he’s not exactly rigorous about evidence. He’s all “it is quite evident that” this and “when we thus look the matter honestly in the face” that.

So I decided to subject his arguments to evidence-based testing by pulling out his assertions so that we college-educated women can compare them to our own experience. And turned them into a quiz, because what woman doesn’t love a quiz? (No need to feel left out, men—we need a control group, so you can take it too.)

Get out your pencils! 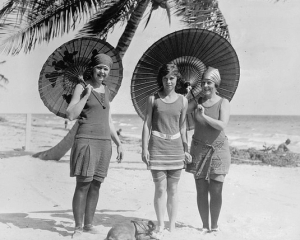 In the spirit of fairness, Dr. Maudsley quotes John Stuart Mill’s argument in The Subjection of Women, to wit:

if these allegations contain no exaggeration, if they be strictly true, then is this article an entire mistake.

Is it??? Let’s score the quiz and see! Disregard the N/A’s, count up the yeses, and divide them by the total number of questions you answered.

It would be terrible for humankind if even a significant minority of Maudsley’s concerns turned out to be valid. So let’s give him the benefit of the doubt and say that if most women score over 25% we’d better rethink this this whole going to college with men business.

I threw out a bunch of questions because I don’t have kids and calculated my score: 9%. My one “Yes” answer was to #4, about my laborious days of intellectual exercise causing injury to my functions as the conceiver, mother, and nurse of children. Most college-education women have children, but the percentage is lower than among women without college, so I’ll give this one to Maudsley. 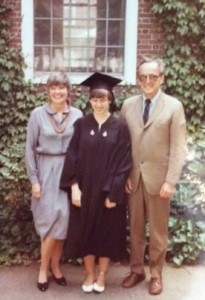 Me graduating from college with no apparent ill effects, 1983

Granted, one is a small sample size if we’re trying to be scientifically rigorous, but it’s one bigger than Maudsley’s. And I’m guessing that my score is typical. Maybe some of you moms consider childbearing and raising the most important offices of the best period of your lives. But maybe some of you dads do too, so here’s where the control group comes in.

So, unless I’m gravely mistaken, Maudsley is hoist with his own petard.

But he’s not giving up so easily. Even if John Stuart Mill turns out to be right, he says,

there is a right in might—the right of the strong to be strong. Men have the right to make the most of their powers, to develop them to the utmost, and to strive for, and if possible gain and hold, the position in which they shall have the freest play.

If women were treated equally, and used their political power to pass laws that men didn’t like, he asks,

can it be supposed that, as the world goes, there would not soon be a revolution in the state by men, which would end in taking all power from women and reducing them to a stern subjection? Legislation would not be of much value unless there were power behind to make it respected.

You see what’s happening here, people? Maudsley’s admitting that, if women get too equal, the men are going to have a revolution! Throw out all the laws! Rely on brute force! 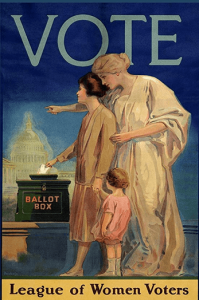 *And which I can’t believe I’ve made it to November without writing about. On the list!

**Oh and he also gave them a lot of money.

***Hey Maudsley, you got the quote wrong! Here’s what Milton really said:

Not equal, as their sex not equal seemed;
For contemplation he and valor formed,
For SOFTNESS she, and sweet attractive grace.

****I realize that some men might be reading this, but if they managed to stomach all the menstruation talk they’re probably allies.

2 thoughts on “Did College Shrink Your Breasts? A Quiz”