I spent much of today binge-reading the first fourteen issues of The Brownies’ Book, the NAACP’s magazine for African-American children. Doing this on the last day of Black History Month is the blogging equivalent of cracking open the textbook for the first time on the night before the final exam, but I had a wonderful time taking in the stories for and about African-American children, reading the poems and games chosen especially for them, and, most of all, hearing from the children in their own words.

In 1919, W.E.B. Du Bois, the editor of the NAACP magazine The Crisis, announced the upcoming launch of a new magazine “designed for all children, but especially for ours.” The Crisis ran a children’s issue every October, featuring African folk tales, stories and poems about African-American children, and photos of cute babies; The Brownies’ Book included these and many other features. Jessie Redmon Fauset, the literary editor of The Crisis, served in this position at The Brownies’ Book as well, and later as its managing editor. 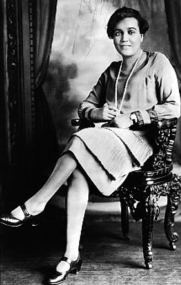 There’s no way I could do justice to this wonderful magazine in one blog post, so I’ll just share a few of my favorite items.*

“The Jury,” a page of letters from young readers, is the part of The Brownies’ Book I enjoyed the most. In the January 1920 inaugural issue, a boy named Franklin Lewis, who dreams of being an architect but isn’t sure if this is possible, writes in asking “if you will please put in your paper some of the things which colored boys can work at when they grow up.”**

This photograph of children in the “Silent Parade,” the famous 1917 march protesting violence against African-Americans, also appeared in the inaugural issue.

A profile of child violinist Eugene Mars Martin, with this accompanying photo, ran in the “Little People of the Month” feature. Mars, I was saddened to learn, died suddenly at the age of 22 while working as the director of a music school. 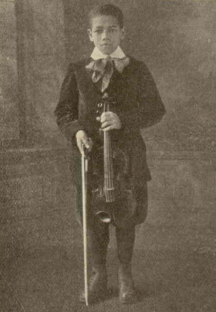 This cri de coeur by a reader, addressed to The Crisis but printed in “The Jury,” is both sad and hilarious. “P.S. I’m only fifteen years old, so please have a little pity,” she concludes. 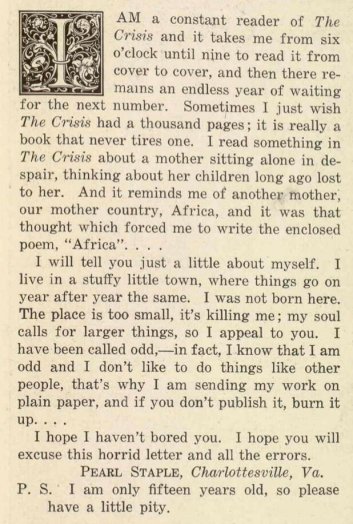 Here are some drawings sent in by readers.

The pageant in this photo took place at Atlanta University, where Du Bois had formerly served as a professor. 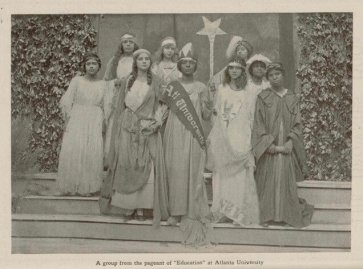 The Brownies’ Book encouraged readers to send in their high school graduation photos and printed them all. Check out the graduate in the middle row on the right. 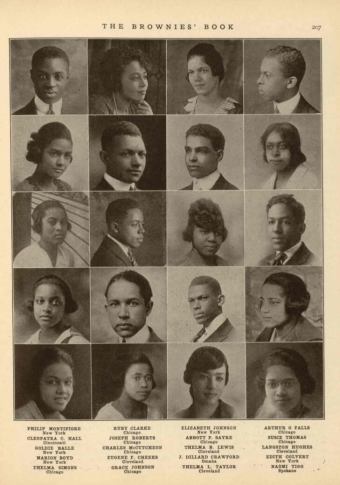 Here he is with a byline, describing games children play in Mexico, where he had gone to live with his father after his graduation. (UPDATE 5/1/2021: After reading this post, Frank Hudson of The Parlando Project put the words of a Langston Hughes poem from The Brownies’ book to music.)

I also love “The Judge,” the monthly column where a wise elder (could it be Du Bois? (UPDATE 5/1/2021: no, it was Fauset)) teaches lessons to children in a nuanced and non-preachy way. I was sorry to see the Judge explaining to children why they shouldn’t have done the things that led to whippings, but happy to see him back in the next issue gently telling the parents that there are more effective ways to discipline children.

Particularly popular among readers were the stories of African-American role models like Frederick Douglas, surveyor and almanac writer Benjamin Banneker, and Katy Ferguson, a freed slave who founded the first Sunday school in New York.

And then there were the covers. Unlike The Crisis, which frequently used well-known white illustrators as cover artists, The Brownies’ Book featured work by African-American illustrators, including many women. 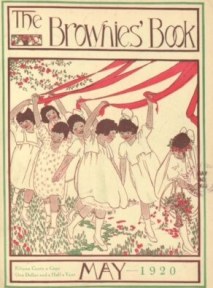 As ahead of its time as it was, The Brownies’ Book was of its time as well. There were some head-scratching features, such as the stories about babies who scored impressively on eugenics tests.*** I didn’t know quite what to make of the story of how Mississippi Senator Blanche Bruce saved his former owner from the poorhouse by intervening with the President to get him a shipyard job, and then, to save him from the humiliation of knowing he had been rescued by his former slave, asked Mississippi’s white senator to make the nomination in his place. (UPDATE 2/1/2021: The blogger at Whatever It Is, I’m Against It, who writes about the New York Times of 100 years ago, points out in the comments that Bruce’s owner was also his father. This sheds a fascinating new light on the story.)

These are minor quibbles, though, about a magazine that, in the face of the uniform whiteness of children’s literature, gave African-American children stories about children who looked like them, and about adults whose achievements they could aspire to emulate.

The Brownies’ Book only lasted two years. The magazine wasn’t able to meet its circulation target, and the December 1921 issue was its last. As much as that breaks my heart, it seems like a small miracle that it existed at all.

I’ve only scratched the surface. For more, you can read the magazine here.

*I’d promise to return to The Brownies’ Book later but fear invoking the Promised Post Curse.

**I do have my doubts about whether Franklin was real. This and some other letters strike me as suspiciously on the nose in espousing the magazine’s beliefs. Others are unmistakably from real children.

***One baby was declared perfect except for a slightly imperfect left tonsil.

3 thoughts on “The Brownies’ Book: A pioneering magazine for African-American children”