I’ve been neglecting the New York Times lately. Here are some recent snippets.

With four special elections in New York, control of the House of Representatives, held by the Democrats in coalition with some small parties, was on a knife-edge. The result? A Democratic sweep, and courtesy all around. 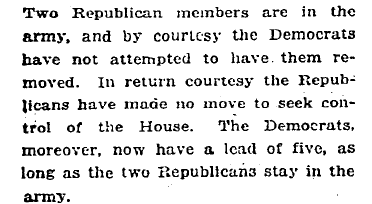 This was the first time women in New York were able to vote. They did so in large numbers and–good news!–did not get up to all kinds of silly nonsense. 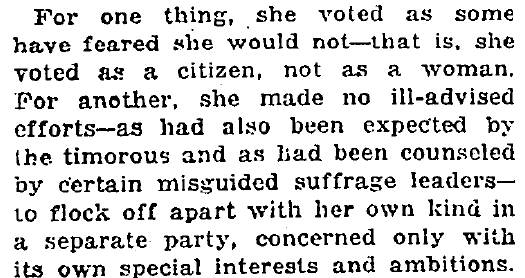 Now for some fact checking. John Francis Hylan, the Tammany mayor of New York, has told a story about a kind man on the shore at Palm Beach rescuing a toad that was being eaten by a jellyfish. Dubitation ensues. 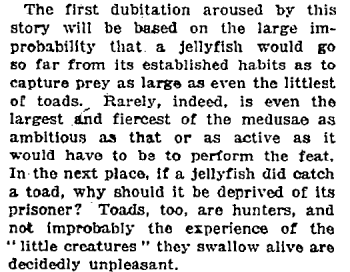 On to the classified ads. Hey, I want one of those too!

Now that you’re caught up on the news, it’s time to party! Make a momentous decision on what to wear, 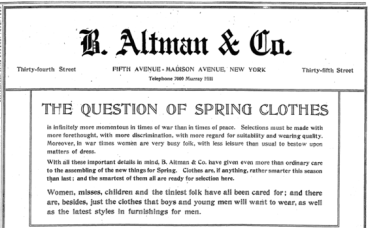 put on your favorite hat, 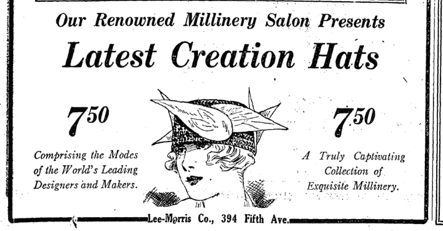 and head on out to the the hottest joint in town! 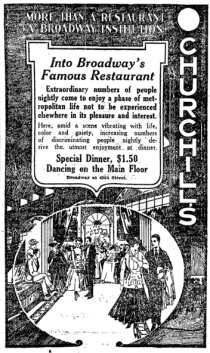 (These articles were accessed at https://timesmachine.nytimes.com/browser. I make fun of the Times a lot, but I’m very grateful for this valuable resource.)