In the March 1918 issue of the The Art World, there’s an article called “Some Painters Who Happen to Be Women.” I read it, and it’s true! They all just happened to be women. None of them did it on purpose, just to be annoying.

According to the article’s author, Lida Rose* McCabe, who happened to be a woman herself,

woman as an art producer has ceased to be curio, enigma or trifle. Upon intrinsic merit her achievement now stands or falls. In all that makes for exhibition, Jury award, Academician, museum purchase or public commission, hers is today the modern sexlessness—attributed to angels in painting and sculpture. 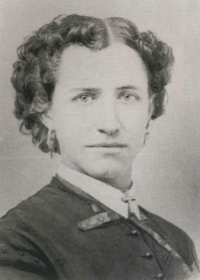 The oldest of these modern sexless artists—“her years fourscore!” McCabe marvels—is Elizabeth Jane Gardner. The Art World is a pretty fusty magazine, so I assumed that she was a boring society painter. Well, I was wrong. In 1864, at the age of 23, Gardner left for Paris to study art, but, McCabe tells us,

no school, no master would receive her. The few French or foreign women then known to the Salon or Latin quarter, like the few who had preceded them down the ages, were the wives, sisters, or daughters of artists.

Gardner found an ingenious way to get around this problem. Her hair had been cut short because of a fever before she left for France, so, she tells McCabe,

“I applied to the police to wear boy’s clothes. It was readily granted, and in that guise I entered the Gobelin’s school. My masculine attire which I always changed on heading home, never caused me the slightest annoyance. The students were most courteous, and in the streets I was never inconvenienced.”

Success came quickly. Two of Gardner’s paintings were selected for the Salon in 1866, and in 1872 she was awarded its gold medal, the first woman to receive that honor.** In the early 1900s, the Musée de Luxembourg bought her painting Closed Shutters for its American wing. In the otherwise admiring profile, McCabe sneers at this painting, saying that

with due deference to its quality, there are few of our museums, private collections or current exhibitions without a picture by a native home-trained woman painter to equal if not surpass Closed Shutters.***

McCabe tells us that Gardner married her teacher, noted artist William Bouguereau. What she doesn’t tell is that Gardner, who was maybe not as sexless as McCabe makes out, carried on a long liaison with Bouguereau after the death of his first wife in 1877. His mother bitterly opposed their marriage, and this was apparently too great an obstacle for this pair of otherwise free spirits to overcome. (Could money have been involved?) His mother finally died in 1896, at the age of ninety-one, and they married shortly afterwards. 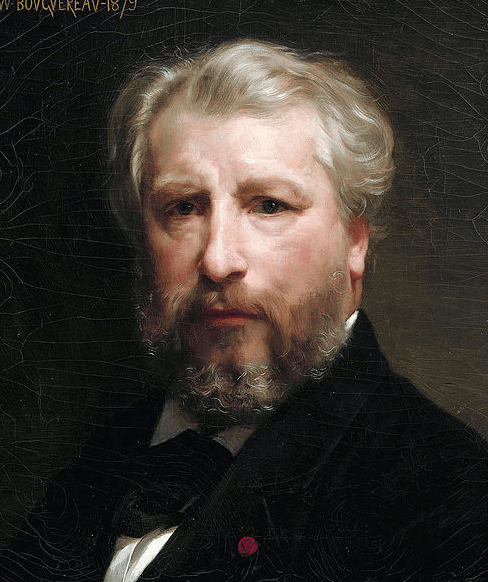 Gardner was heavily influenced by Bouguereau, to the extent that she was quoted as saying, “I know I am censured for not more boldly asserting my individuality, but I would rather be known as the best imitator of Bouguereau than be nobody!” 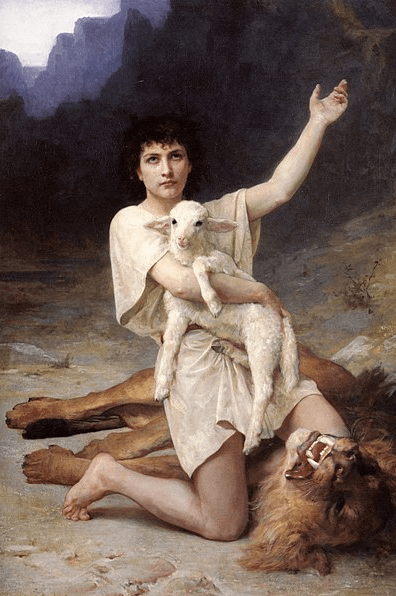 Many of Gardner’s paintings are conventional nineteenth-century tableaux: Greek myths, biblical scenes, and the like. Others, though, raise eyebrows today.

Take, for instance, The Confidence (ca. 1880). The painting, now owned by the Georgia Museum of Art in Athens, Georgia, shows two young women sharing a secret. To a modern eye, it looks sexualized—the intimate position of the heads, the bare feet close together. In a 2013 article about the loan of the painting to (of all places) Bob Jones University, however, a museum staff member said that this wasn’t the case.  “It’s very affectionate, but it’s also very 19th-century sisterly affectionate.” 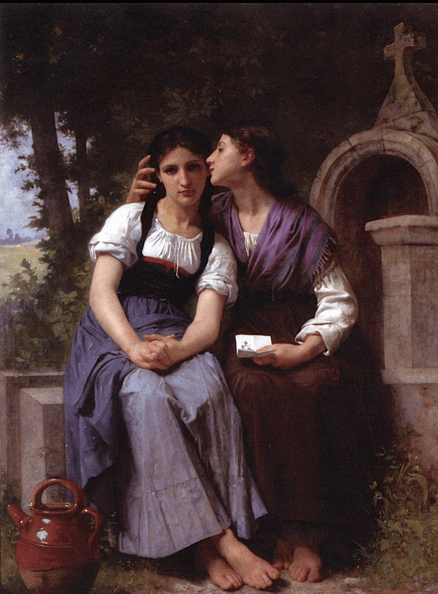 The Confidence had a second life in—I bet you didn’t see this coming!—an R.E.M. video. As the Athens-based band sings its 1991 song “Low,” the girls in the painting come to life and the action continues. And, take my word for it, it’s anything but sisterly. (Or check it out yourself on R.E.M.’s website.)

I’m not sure what Elizabeth Gardner would have thought, but Lida Rose McCabe must be turning over in her grave.

*So now I can’t get the song from The Music Man out of my head.

**The Art World sees art as a resume-building process. Still—impressive!

***The Art World’s taste in art was so reactionary that even impressionism was a bridge too far. Its take on Monet’s Rouen Cathedral: “Nothing more than a ‘color stunt.’”