If you spend as much time reading about books online as I do (or did, before I went back to 1918), there are certain topics that you come across again and again. I knew that these debates had been around for a while. But I had no idea that they’d been around for a hundred years. Here’s the 1918 take on a couple of book-chat perennials.

Can writing be taught?

Can creative writing be taught? Do writing classes really make students’ writing better? As a recent MFA grad, I’ve grown tired of this seemingly endless debate. (No one ever asks MBAs this type of question, and I don’t recall MFAs ever causing an international financial crisis.) But MFA programs weren’t around in 1918, so I thought I’d get a break.

But no, here’s Edward J. O’Brien, founding editor of The Best American Short Stories, weighing in in the January 1918 issue of The Bookman. “Experience with many short story writers who had completed courses in short-story writing under competent critics had left me frankly sceptical as to the value of endeavouring to teach the technique of a developing and changing literary form,” he says. He’s reviewing a book called A Handbook on Story-Writing by Blanche Colton Williams of Columbia University. After such an education, he goes on, “The last state of the pupil seemed worse than the first.” Oh no. 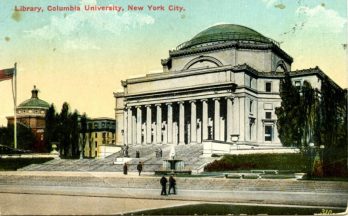 But then one day he’s bad-mouthing writing classes to a short story writer he admires, and the writer reveals that he’s studying writing at Columbia. He invites O’Brien to tag along, and he wins a convert. “What I found in this class was a free play of critical intelligence, taking actual stories as its point of departure…Here was a true academy, in which the teacher learned from the pupil.” This approach, he says, is skillfully presented in Williams’ book. Plot, point of view, character, and dialogue—all are lucidly discussed.

Score one for Team MFA!

If there’s any debate in book-talk-land that’s even more heated than the one over MFAs, it’s the question of whether adults should read books written for children. Ruth Graham took up the anti-YA banner in a 2014 Slate article called, succinctly, “Against YA.” “Read whatever you want,” she said. “But you should be embarrassed if what you’re reading was written for children.” A raucous argument ensued, with writers like Meg Wolitzer coming to the defense of adult YA readers. 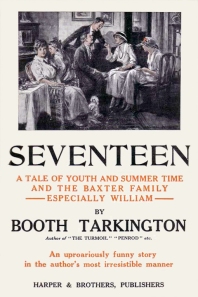 Again, not a topic I’d expect to have much currency in 1918, when grown-ups were grown-ups and children wore sailor suits. But, writing in The Bookman in February 1918, children’s writer and anthologist Montrose J. Moses notes that books for boys are popular among soldiers. The low level of literacy among enlisted men could be part of the reason, he says. But he thinks it’s more than that. “I believe—and I have followed the trend of juvenile literature for many years,—that this tendency on the part of the soldier to read boys’ books is only another evidence of the fact that juvenile literature, since it has come under the influence of out-door sports and modern inventions, has in it a degree of expertness which appeals to no age and to all interest.” 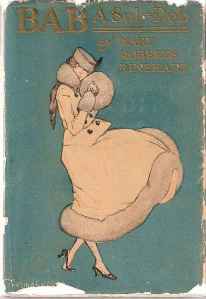 It’s not only soldiers who were reading about children. A surprisingly high percentage of 1918-era books for adults have child protagonists. Booth Tarkington’s Seventeen (1916) and Mary Roberts Rinehart’s Bab: A Sub-Deb (1917) were adult best-sellers by well-established writers. But John Walcott, writing in The Bookman in December 1917, says that children don’t share their parents’ enthusiasm for these books. “Have you chanced to note the rueful grin with which a real Bab or [Seventeen’s] Willie Baxter scans those delightful and too-revealing records?” he asks. “The relief with which they turn to the latest number of St. Nicholas, or the latest ‘corker’ by Mr. Ralph Henry Barbour?” Young people, he says, take themselves with deadly seriousness, “and it behooves those who cater for [their] favour to do likewise.” That’s what Barbour does, with his tales of schoolboy athletics. “Just now,” Walcott says, “he is working his way methodically through the line-up, so that after Left End Edwards, Left Tackle Thayer, and Left Guard Gilbert, we have naturally arrived at Center Rush Rowland, and we have the right side of the line to look forward to in the near future. Heroes all!” 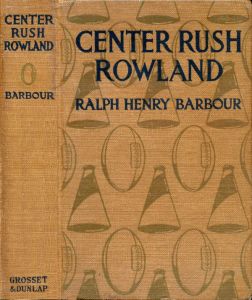 It’s Barbour and his schoolboy athletes, Moses says, that the soldiers are clamoring for. And I can see why. For young men going off to fight for a cause that even the Allied countries’ leaders were having trouble articulating, it’s easy to understand the appeal of a tale in which the hero competes, as Moses puts it, in “the season’s decisive event upon the modern field of academic glory.”